The Super Bowl has long been the most-watched live television event in the United States. In 2006, NBC commissioned John Williams to create the piece known as ‘Wide Receiver’, and in 2012 when the Giants were set to face off with the Patriots, Joel Beckerman was contacted to modernize the iconic piece. Beckerman arranged a rock-hybrid take on the original composition, adding fresh thematic pieces that spoke to the epic nature of the matchup, and creating a moment-to-moment underscore for NBC to heighten each emotional play.

John Williams and Made Music were no strangers to one another. In 2006 Joel Beckerman worked to reimagine the NBC Nightly News theme for a younger audience with Williams’ blessing. Since that success, Beckerman became a trusted arranger to work in conjunction with this legendary composer. With a profound respect for Williams’ original composition, Made Music set to bring Wide Receiver to epic new heights.

How do you score a movie before it’s been shot? That was the conundrum when approached with the prospect of anticipating and scoring every possible scenario of the most anticipated night on television. To achieve this, Made Music employed both a rock musician section as well as a 45-piece orchestra with players from the NY Philharmonic and Broadway shows to reinterpret this rock-n-roll arrangement. Made Music recorded a refreshed 90-second version of Williams’ Wide Receiver theme as well as several additional cues in alternative genres that helped extend the original story to cover each emotional moment of the Super Bowl experience. 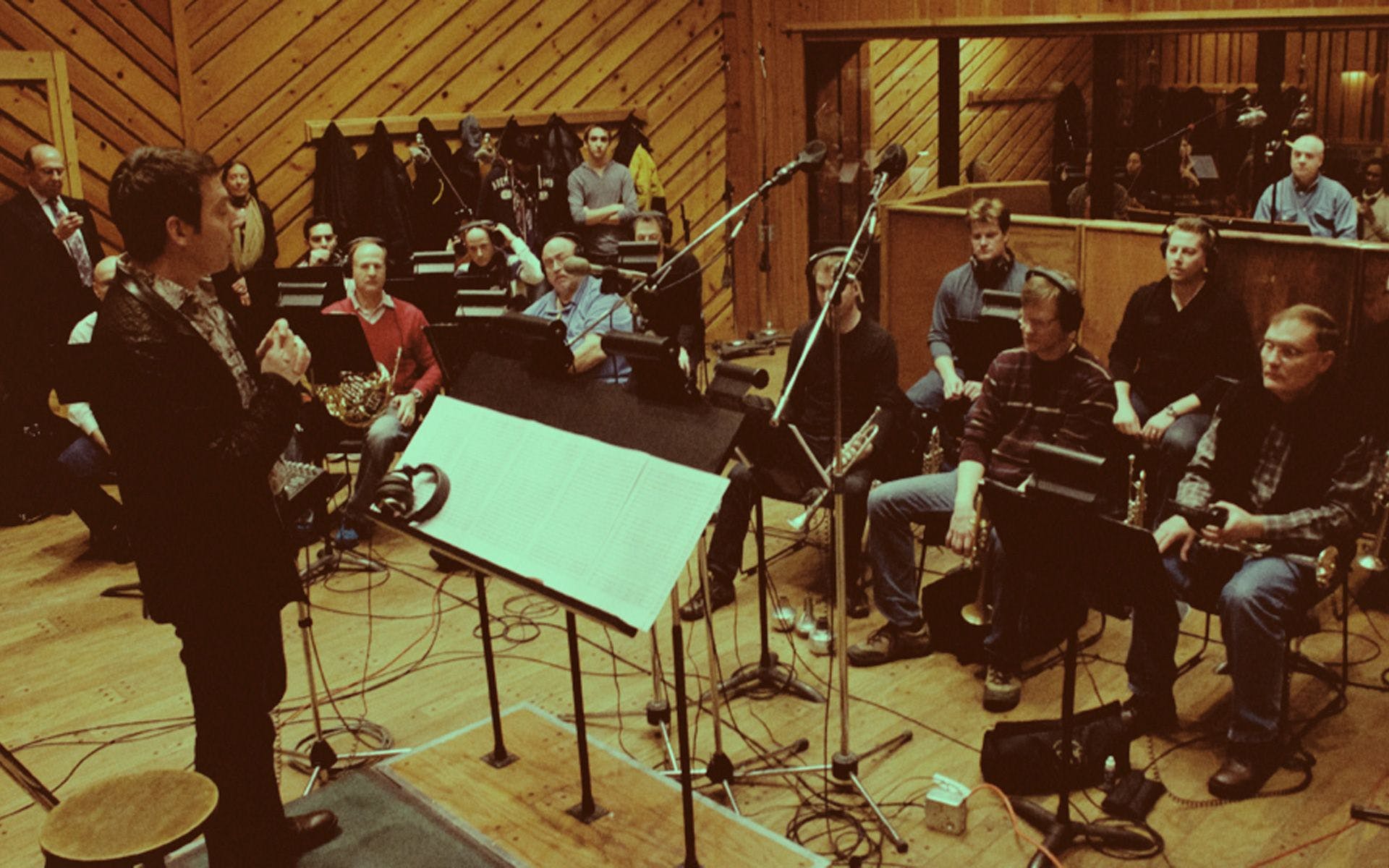 This epic anthem evolved an iconic original work for the modern era and audience. Scoring each moment of anticipation and exaltation, Made Music’s rock arrangement of Wide Receiver equips the Super Bowl team at NBC with an underscore for the game’s emotional rollercoaster.