Tostitos stands for togetherness. Their fans are social instigators, constantly looking for new opportunities to share social occasions with friends, family and colleagues. They want to “get to the good stuff” fast. They needed a sonic identity that could bring people together, reaching every consumer on an emotional level, while still capturing the fun of their unique range of products.

During the development phase, one idea stood out: an iconic and ownable sound composed entirely with Tostitos’ chips and dips. With the help of a drumstick and a few jars of salsa, Made Music Studio and Tostitos landed on a sonic identity that stands out in a crowded snack category, and offers a sense of fun and togetherness for every consumer.

Everything is expected to have a sound, and we didn’t have a sound. It was very clear that with the capabilities that Made Music had, with the success that Doritos had, that we needed this.

With the consumer shift towards audio-first platforms, Frito-Lay understood that developing a sonic element to their brand identities would be key to future success. After working with Made Music Studio to create sonic branding for Doritos, Frito-Lay expanded the partnership to include more of their trademark brands, including Tostitos.

Although also a chip brand, Tostitos had a unique standing in the snack aisle, and wanted a sound that reflected their full range of products – dips as well as chips. Their new sonic identity needed to be timeless, social, fun, but most importantly: more than a crunch.

The work started with a clear strategy – a deep understanding of Tostitos consumers, competitors, aspirations and what makes the brand unique. Their fans are social instigators, an audience who gathers around a bowl of chips and salsa at a sports game, party or hangout with friends. We asked: what if a group of friends came together and made the sonic identity themselves? All they’d need would be chips, salsa, and a little imagination. 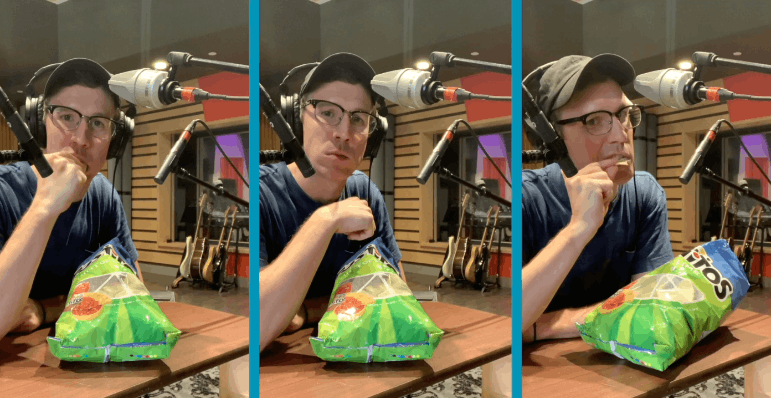 As luck would have it (!) the Tostitos products themselves are actually…musical. From their delicious crunch, to the rustle of a bag of chips (which sound a lot like cheerleading pom-poms), to the iconic pop of their salsa jars opening. And then we uncovered something truly unique – Tostitos salsa jars are in tune! The delightful discovery opened a whole new world of musical pathways. We combined the sounds of the products to create a sonic logo that sounds the way only Tostitos could.

Fast, musical and memorable, the resulting sonic logo is a bite-sized earworm clocking in at just 1.5 seconds. The structure and design make it incredibly impactful and flexible for every “sound on” environment.

Tostitos launched their first-ever sonic logo in January 2022 alongside a parallel visual refresh, and has been making its way across TikTok and ad campaigns, including a special Cinco de Mayo spot featuring Danny Trejo and Sofia Reyes.

Better still, the new sonic identity is measurably proven by audio intelligence company Veritonic to increase Ad Recall (up 20% vs CPG norms), Brand Appeal (up 13%) and the feeling of Fun (up 185).

And when the audio branding was added to Tostitos’ visual brand assets, they also saw an increase in performance – more energetic, more exciting, fun, playful and unique.