The (Life and Death) Power of Sound

The way sound affects us is largely unconscious. That’s the way we’re built. But this often means we skirt over its importance, and take it for granted. Perhaps nowhere is this more critical than in the health sector, where every new biomedical device proudly sounds an alarm with the slightest deviation from a norm. On its own this can alert medical staff to respond and potentially save a life. But what happens when a Ventilator, a Cardiac Monitor, IV Alarm, Bed Exit Alarm, all sound at the same time from feasibly 40 patients across an average ER or General Ward? What if these sounds change from one manufacturer’s device to another, from one hospital to another, and fail to interact in any useful way to bring attention to the problem with the highest priority?

How can this or any experience of sound, well, sound better? It’s an ongoing question and a foundational pillar of thought at Made Music Studio. We want to transform life experiences. When considering where the careful curation of sonic could make the biggest impact, hospitals – and the healthcare space in general – is high on our list. This past April, while invited to participate in an MIT Health Hackathon event in New York, my colleagues and I were able to bring a discussion of hospital “alarm fatigue” to the forefront – an issue caused by severe “sonic trash”.

The MIT Hack Health weekend event was a collaboration between Cornell University and MIT. Students from those universities (and others including Harvard) broke into teams to tackle a problem they saw in the current healthcare system. Many were prompted to action by an array of engaging speakers throughout the schedule (including Pfizer, Flatiron Health, Accenture and more). Students were encouraged to combine forces – between their skills as engineers, programmers, physicians and biomedical engineering students – to design ways of “hacking” the system to make it better, safer and more intuitive for everyone. The end goal was to form a short pitch for a product or idea that could disrupt the current model. Winners were chosen from across the 16+ entrants by industry judges, with top prizes going to those who had executable ideas that could one day be accomplished. 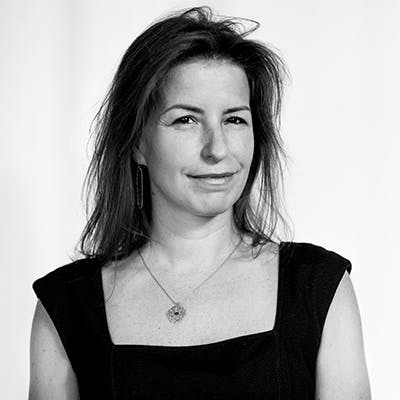 Sounding Off On Healthcare

As an invited keynote speaker, our Founder and Lead Composer Joel Beckerman brought to light critical problems in healthcare that related to sound and music, as well as possible ways to alleviate them. Topics included alarm fatigue, sonification of data, sonic in mobile healthcare and sonic curation for patients. Most important from the talk was the foundation set around Sonic Design Truths. We wanted to instill the audience with key tools and understanding as they began to develop innovative solutions.

The Problem With Alarm Fatigue

When you hear a car alarm, do you immediately call the police? Probably not. The urgent story that sound is telling is for the most part widely ignored. We have grown so accustomed to associating that sound with a non-emergency situation that we no longer react the way we were meant to. A modern day “Boy Who Cried Wolf”. There’s a similar problem happening in hospitals – with all the beeps, bells and buzzes nurses and doctors filter through every day in the ICU – many of which are not as life-threatening as they lead you to believe when caused accidentally over and over again.

One group of students from the MIT hack felt strongly about this issue and decided to tackle it over the 48 hours. With the help of my Made Music co-mentor Joel Douek, we provided counsel and mentorship to help elevate the team’s individual areas of expertise. The team, which consisted of Andrew Ottaway (Anesthetist, Masters of Public Health, Harvard), Kimmi Schonhorst (Biomedical Engineering Student, Cornell University), and Alice Grace Wong (Biomedical Engineering Student, Cornell Student) outlined current statistics and an interesting solution.

If medical devices were “smart”, perhaps that’s one way of addressing the issue. Modules could be placed on existing devices to allow them to all talk with one another, relaying important real-time information on the patient and with the help of an algorithm, deciding whether an alarm is really urgent after all. Key mentors from Accenture also helped the team outline how a tech center (called a PBX) would be vital to allowing this algorithm to function – and connect with other devices, such as a mobile phone, computer or nurse hub, to release a visual or audio output.

Now that a device could register whether or not an alarm was non-urgent or urgent, the sonic cues used could be consolidated and remain meaningful. For example, there could be a hierarchy of criticality. The lowest tier would be non-critical and no sonic cue would be an output – instead it would be a visual cue. The middle tier would be of variable criticality and an audible output would be sent to the corresponding care provider devices. The highest tier would be for maximum urgency and an audible output would also be sent, but created in such a way that you would intuitively know it is urgent and respond accordingly. Improved quality of care, improved efficiency, cost savings and a bank of data analytics would only be some of the benefits of turning devices “smart” and consolidating their alarm systems through a PBX.

We hope to continue the conversation this Health Hackathon has started. By working with hospitals, healthcare technology foundations and manufacturers – we believe alarm fatigue is a problem that can be eradicated in our lifetime.

Kristen Lueck is Strategist, Culture and Innovation at Made Music Studio. Talk to her on Twitter @former_case.